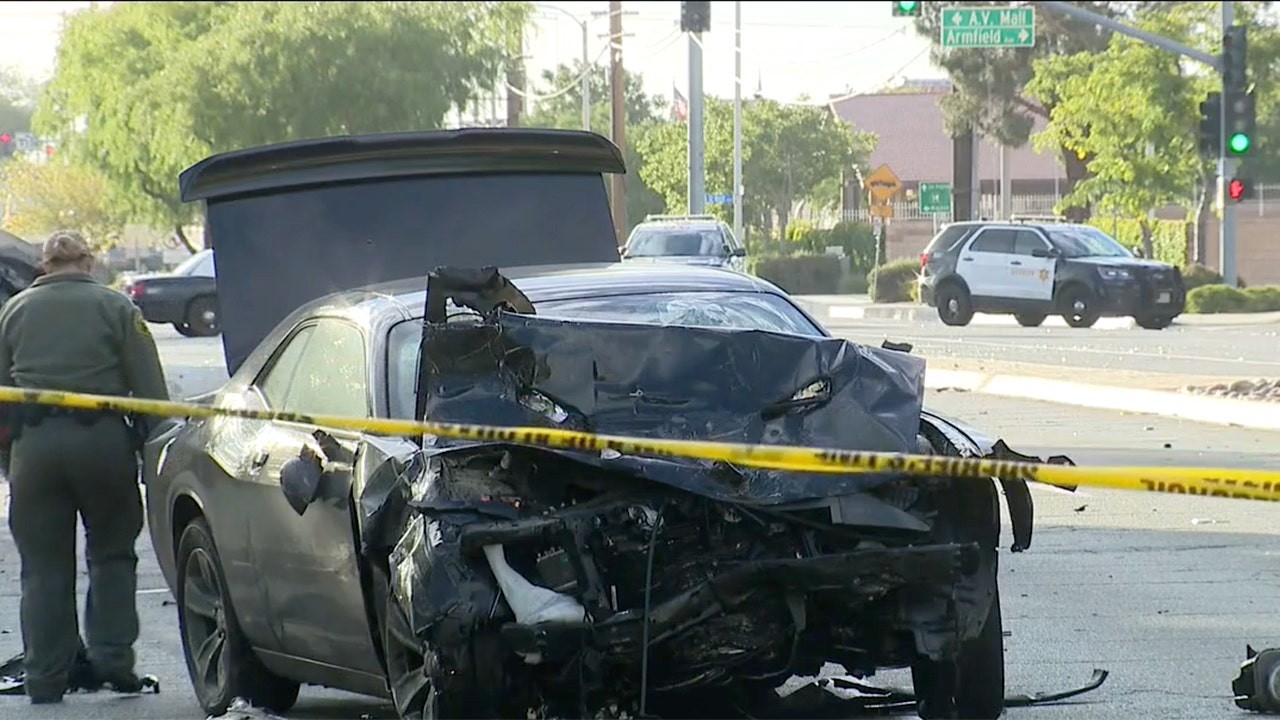 Police in California are searching Thursday for a hit-and-run driver believed to have been street racing before causing a fiery crash that resulted in the deaths of a rideshare driver and a mother of four young children, reports say.