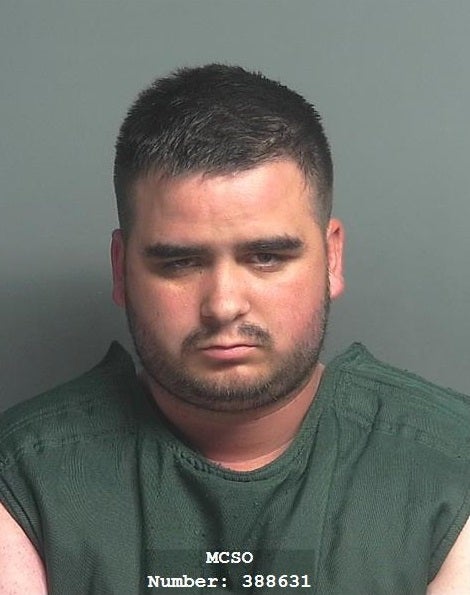 A Houston man was arrested on Monday after he allegedly spat in a woman's face over a parking dispute then shot a police officer multiple times who responded to the scene.