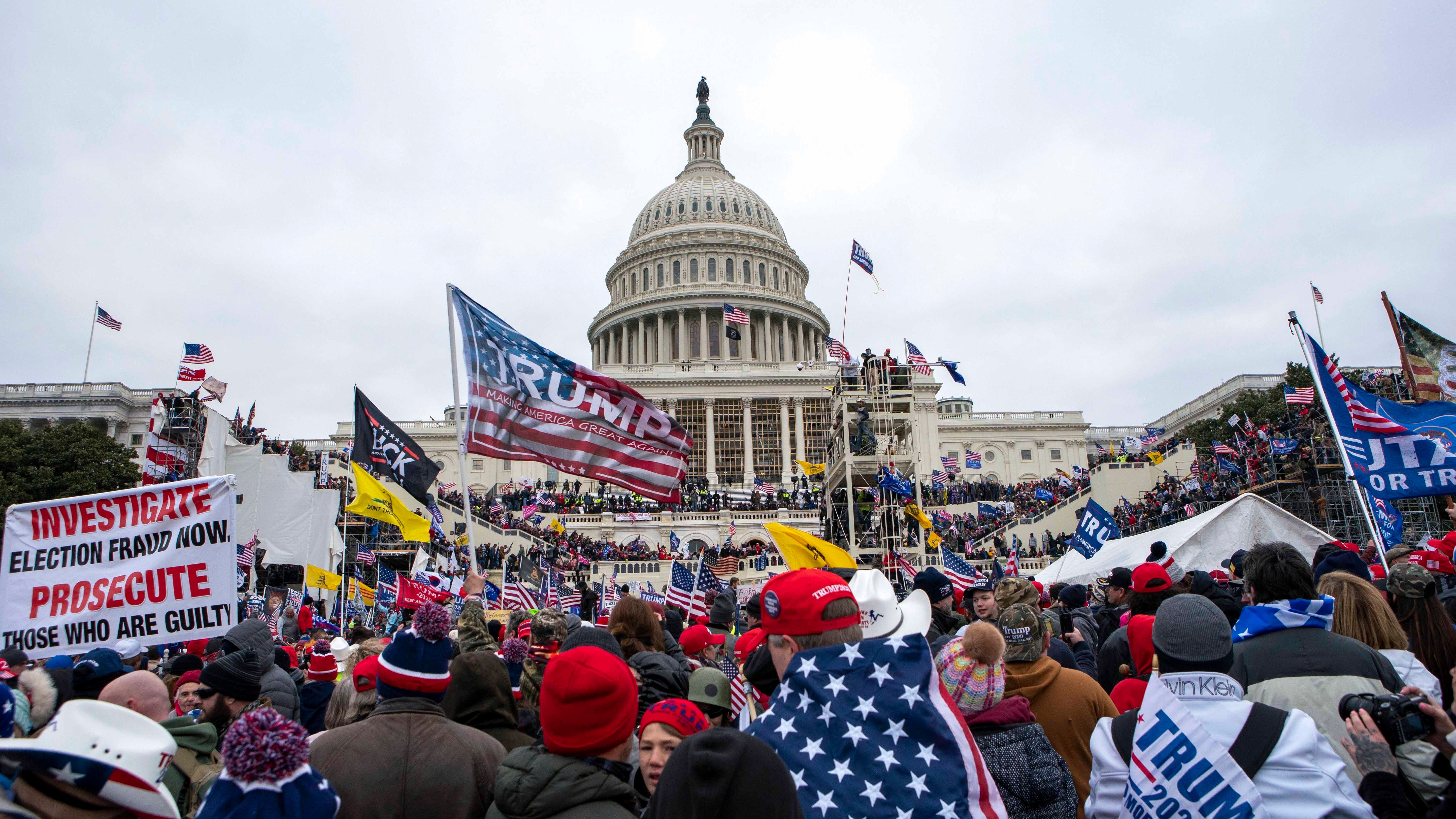 U.S. Capitol Police officers who were attacked and beaten during the Capitol riot filed a lawsuit Thursday against former President Donald Trump, his allies and members of far-right extremist groups, accusing them of intentionally sending a violent mob on Jan. 6 to disrupt the congressional certification of the election.