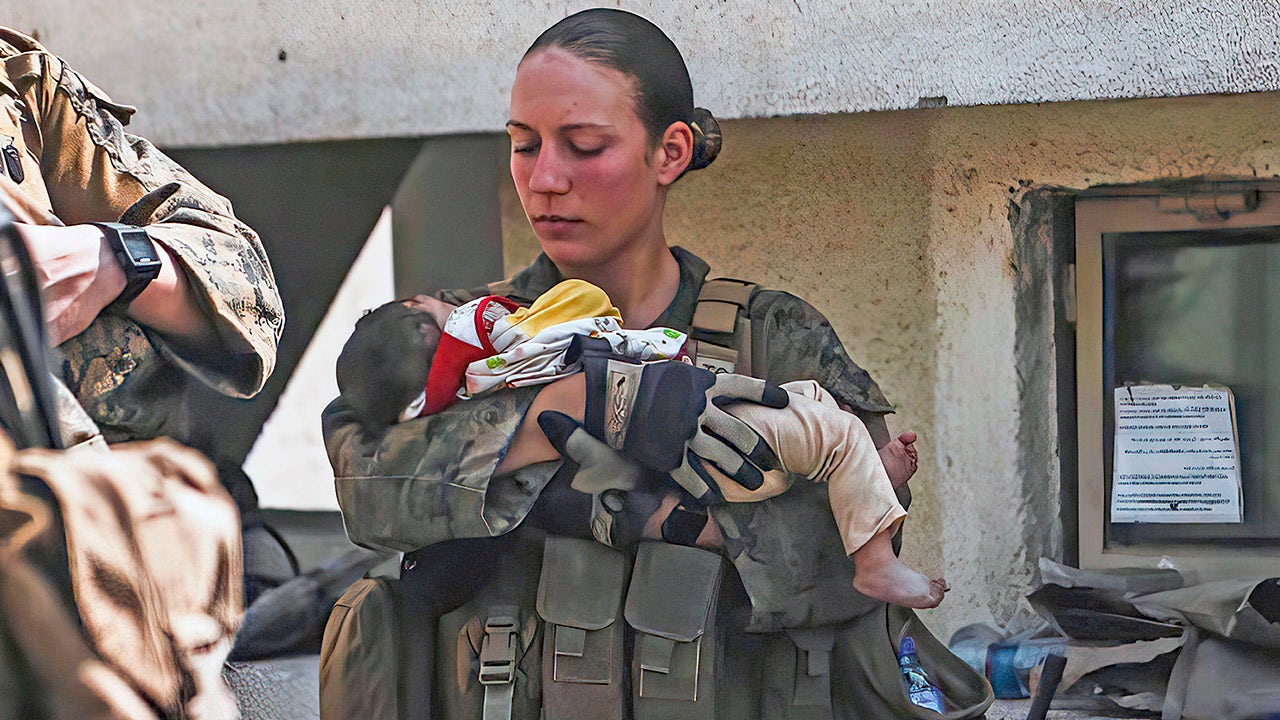 The grieving father of a U.S. Marine killed in a suicide attack at the Hamid Karzai International Airport in Kabul just days after she shared the now iconic photo of her cradling an Afghan baby described his daughter in a heartbreaking new interview as his “hero” and a true “warrior.”