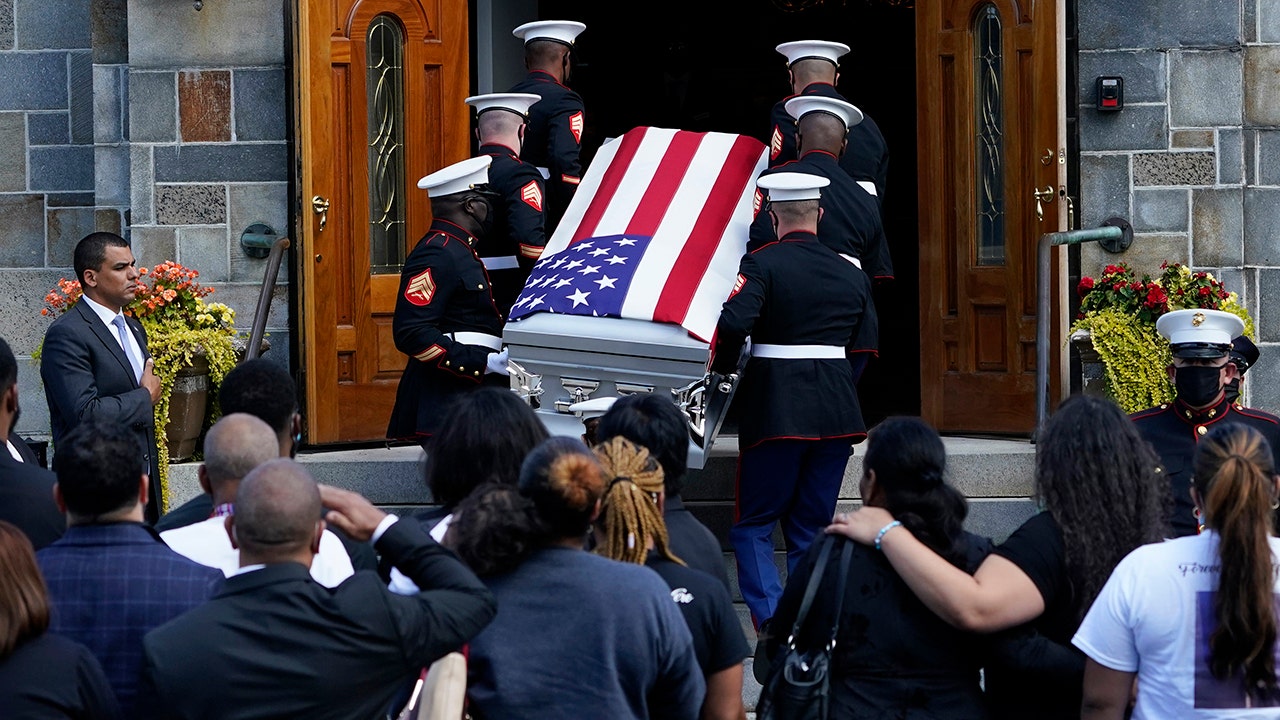 The body of a U.S. Marine killed in a suicide bombing in Afghanistan has returned home to Massachusetts on the 20th anniversary of the attacks that led to the war.